One set of fingerprints. One set of retinas. That’s all we have. Using them and other biometric factors such as palm prints, voice and facial recognition as forms of identification can be risky. If that data is compromised or stolen, refer to the first three sentences in this blog. And it happens. In 2015, the U.S. Office of Personnel Management was breached, and the hackers got away with more than 5.6 million government employee fingerprints.

The three primary concerns to consider with biometric methods of identity management are largely related to implementation, as follows: 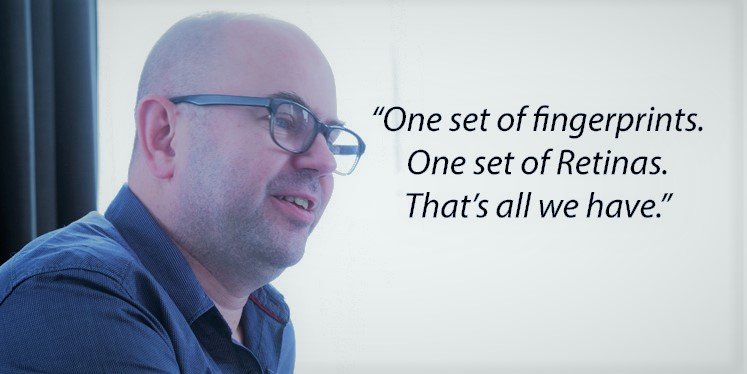 The benefits of biometrics are obvious. Humans are unique creatures. Even identical twins don’t share the same fingerprints, making biometric data one of the best methods of identifying employees . While an employee might lose an access card, his fingerprints and retinas are with him — always. Lots of companies and government agencies use biometric identifiers such as retinal scans or fingerprints as part of a two-factor authentication system. While that’s far more acceptable than using biometrics as the sole form of ID, there are still some important considerations about making biometrics part of a 2FA system.

While biometrics are a great tool for the 2FA tool chest, considerations on how to best protect these unique identifiers should be the first step in any biometric implementation plan. To learn more about our solutions for managing your 2FA system, click here.