Legendary Entertainment Relies on MVISION CNAPP Across Its Multicloud Environment

Legendary Entertainment is a global media company with multiple divisions including film, television, digital studios, and comics. Under the guidance of Dan Meacham, VP of Global Security and Corporate Operations and CSO/CISO, the multi-billion dollar organization transitioned from on-premises data centers to the cloud in 2012. 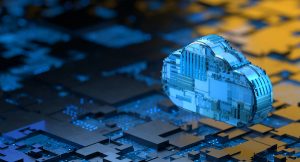 Becoming a cloud first company is an exciting and rewarding journey, but it’s also fraught with difficulties when it comes to securing an entire cloud estate. Many forwarding-thinking companies that have made massive investments in migrating their infrastructure to the cloud are facing challenges with respect to their cloud-native applications. These range from inconsistent security across cloud properties to lack of visibility into the public cloud infrastructure where cloud-native applications are hosted—and more. All of these issues can create vulnerabilities in a sprawling attack surface that can be potentially exploited by cybercriminals.

The challenges of securing a multi-cloud environment

As a cloud-first organization, Legendary Entertainment encountered challenges that are common to many companies that have migrated their workloads, applications, and data assets to the cloud. At first, the organization attempted to rely on security services natively provided by the individual cloud service providers: Amazon Web Services (AWS), Microsoft Azure, Google Cloud Platform (GCP), and Wasabi for cloud storage. As Meacham notes, “The security from one vendor doesn’t trickle over to the others. They all have different security controls, so our cloud security was not uniform, and security management was complicated.”

Meacham points out that it’s been a source of great pride for his security and IT teams to always be “on top of the latest and greatest” technology trends—and migration to the cloud is no exception. That’s why his interest was sparked when he learned about the rollout of the MVISION security product line early in the migration process. Its cloud-native, open architecture was exactly the right fit for Legendary Entertainment’s environment.

With multiple management consoles required for its many cloud environments, applying and enforcing uniform security policy across their cloud estate was nearly impossible without investing a lot of time, effort, and resources.

In their disparate multicloud environment spanning several cloud service providers, it became time-consuming and difficult to monitor and assess the security posture of applications and workloads, such as which systems needed patching or contained critical vulnerabilities.

With high-profile data breaches in the entertainment industry in recent headlines, Legendary Entertainment was concerned about its level of risk and exposure, especially since it has valuable intellectual property such as scripts and marketing strategy plans for film releases among its holdings. The requirement for stronger security has been a boardroom-level conversation at digital media companies since the Sony Pictures hack and other vendor supply chain and workflow hacks. Attacks now extend beyond data leaks and can have far reaching business disruptions across an entire supply chain.

Another problem in Legendary Entertainment’s early adoption of cloud-first was shadow IT, where employees or contractors enrolled in cloud collaboration platforms that were not authorized by IT. Although the shadow IT platforms were not connected to core systems, they made it more difficult to tightly monitor data which sometimes caused cloud-enabled applications to violate security policies. It is understandable that teams with a cloud-first mindset would embrace innovation and new collaborative experiences to accomplish goals faster. However, some of the shadow IT application has weak or no security controls – resulting the opportunities for external collaborator accounts to be compromised or have mis-managed privileges.

MVISION CNAPP provides Legendary Entertainment with broad and deep visibility across its entire infrastructure. It discovers all their cloud assets, including compute resources, containers, and storage and provides continuous visibility into vulnerabilities and security posture for applications and workloads running across multiple clouds.

Thanks to MVISION CNAPP, Meacham’s team can write, apply, and enforce security policies in a consistent fashion for the entire cloud estate. As Meacham points out, policy is continually checked so his team can correct any misconfigurations, disable services, or remove escalated privileges until corrections are made in alignment with internal compliance rules. And in many cases, the remediation can be automated internally in MVISION CNAPP or through workflow initiations.

MVISION CNAPP also ensures that Legendary Entertainment’s developers operate in a secure environment by alerting the security team when their actions violate security policies or increase the risk of a data breach. This effectively puts a halt to Shadow IT.

The Cloud Security Posture Management (CSPM) component of MVISION CNAPP provides Legendary Entertainment with on-demand scanning, which looks at all services used in the public cloud and checks their security settings against internal benchmarks. “This gives us a security posture score and provides feedback on what we can do to bring ourselves back into compliance,” observes Meacham. “If someone changes a configuration, we get an alert right away. And if it’s not in alignment with policy, we can roll it back to the previous settings. MVISION CNAPP also helps us remediate policy exceptions by clearly stating the risks, instances impacted, and the necessary step by step actions needed for resolution.”

MVISION CNAPP reduces risk associated with operating in the cloud, enabling Legendary Entertainment to run mission-critical applications and develop blockbuster movies such as “The Dark Knight Rises” and “Dune” securely across a heterogenous multicloud environment. The solution also enables contextual entitlements so that users can be identified and assigned selective access to and permissions for applications and resources based on the security profile of the devices they are using at any given time.

“MVISION CNAPP helps me keep my system administrators and developers accountable for what they are doing. We can make sure that they are consistent in how they execute, deploy, and build things. Configuration policies, on-demand scans, and different types of checks in MVISION CNAPP can help force that compliance. I am able to keep tabs on my developers to make sure they are operating according to these guidelines in any platform,” remarks Meacham.

“If I see 2,000 files change in 30 seconds, that’s a huge red flag indicating ransomware or some other type of attack. The solution’s monitoring tool detects suspicious behavior and immediately brings that to our awareness. If we see something like that happening on multiple platforms, we know that immediate action is required. The UEBA capability is invaluable for identifying external collaborators who may have compromised accounts, which we find on a regular basis.”

If you are looking for a simple-to-manage, high-visibility solution to secure your multicloud environment against the latest threats and vulnerabilities such as ChaosDB, take a look at MVISION CNAPP. For more information, visit: https://www.mcafee.com/enterprise/en-us/solutions/mvision-cnapp.html.