Plan, test and continuously improve your SecOps processes with effective purple-teaming exercises. Try to think like a stealthy attacker and predict what sources of telemetry will be necessary to detect suspicious usage of legitimate applications and trusted software solutions. 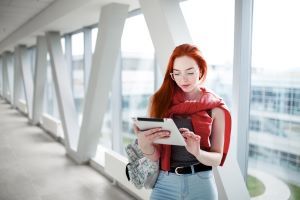 1. Attackers have a plan, with clear objectives and outcomes in mind. Do you have one?

Clearly this was a motivated and patient adversary. They spent many months in the planning and execution of an attack that was not incredibly sophisticated in its tactics, but rather used multiple semi-novel attack methods combined with persistent, stealthy and well-orchestrated processes. In a world where we always need to find ways to stay even one step ahead of adversaries, how well is your SOC prepared to bring the same level of consistent, methodical and well-orchestrated visibility and response when such an adversary comes knocking at your door?

3. IOCs are becoming less useful as attackers don’t reuse them, sometimes even inside the same victim. Focus on TTPs & behaviors.

The threat research world has moved beyond atomic indicators, file hashes and watchlists of malicious IPs and domains upon which most threat intelligence providers still rely. Think beyond Indicators of Compromise. We should rely less on static lists of artifacts but instead focused on heuristics and behavioral indicators. Event-only analysis can easily identify the low-hanging fruit of commodity attack patterns, but more sophisticated adversaries are going to make it more difficult. Ephemeral C2 servers and single-use DNS entries per asset (not target enterprise) were some of the more well-planned (yet relatively simple) behaviors seen in the Sunburst attack. Monitor carefully for changes in asset configuration like logging output/location or even the absence of new audit messages in a given polling period.

Assume that your most critical assets are under attack, especially those that leverage third-party applications where elevated privileges are a requirement for their effective operation. Granting service accounts unrestricted administrative privileges sounds like a bad idea – because it is. Least-privilege access, micro segmentation and ingress/egress traffic filtering should be implemented in support of a Zero-Trust program for those assets specifically that allow outside access by a ‘trusted’ 3rd-party.

The only way to gain insight into the attacker behaviors – and any chance of detecting and disrupting attacks of this style – require extensive telemetry from a wide array of sensors. Endpoint sensor grids provide high-fidelity telemetry about all things on-device but are rarely deployed on server assets and tend to be ‘network-blind’. SIEMs have traditionally been leveraged to consume and correlate data from all 3rd-party data sources, but it likely does not have the ability (or scale) to consume all EDR/endpoint events, leaving them largely ‘endpoint-blind’. As more enterprise assets and applications move to the cloud, we have yet a third source of high-value telemetry that must be available to SOC analysts for detection and investigation. Threat hunting can only effectively be performed when SecOps practitioners have access to a broad range of real-time and historical telemetry from a diverse sensor grid that spans the entire enterprise. They need the ability to look for behaviors – not just events or artifacts – across the full spectrum of enterprise assets and data.

All telemetry is NOT created equal. Behavioral analysis of authentication events in support of UEBA detections can be incredibly effective, but that assumes identity data is available in the event stream. Based on my experience, SIEM data typically yields only 15-20% of events that include useful identity data, whereas almost 85% of cloud access events contain this rich contextual data, a byproduct of growing IAM adoption and SSO practices. Events generated from critical assets (crown jewels) are of obvious interest to SecOps analysts for both detection and investigation, but don’t lose sight of those assets on the periphery; perhaps an RDP jump box sitting in the DMZ that also synchronizes trust with enterprise AD servers either on-premises or in the cloud. Find ways to isolate assets with elevated privilege or those running ‘trusted’ third-party applications using micro segmentation where behavioral analysis can more easily be performed. Leverage volumetric analysis of network traffic to identify potentially abnormal patterns; monitor inbound and outbound requests (DNS, HTTP, FTP, etc) to detect when a new session has been made to/from an unknown source/destination – or where the registration age of the target domain seems suspiciously new. Learn what ‘normal’ looks like from these assets by baselining and fingerprinting, so that unusual activity can be blocked or at the very least escalated to an analyst for review.

This blog is a summary of the SOCwise Conversation on January 25th 2020.  Watch for the next one!

6. In today’s #cyberdefensegame it’s all about TIME.

Time can be an attacker’s best offense, sometimes because of the speed with which they can penetrate, reconnoiter, locate and exfiltrate sensitive data – a proverbial ‘smash-and-grab’ looting. Hardly subtle and quickly noticed for the highly visible crime that it is. However in the case of Sunburst the adversary used time to their advantage, this time making painstakingly small and subtle changes to code in the software supply chain to weaponize a trusted application, waiting for it to be deployed across a wide spectrum of enterprises and governmental agencies, quietly performing reconnaissance on the affected asset and those around it, and leveraging low-and-slow C2 communications over a trusted protocol like DNS. Any one of these activities might easily be overlooked by even the most observant SOC. This creates an even longer detection cycle, allowing potential attackers a longer dwell time.

For more information on the Sunburst attack, please visit our other resources on the subject:

Additional Analysis into the SUNBURST Backdoor

The post 6 Best Practices for SecOps in the Wake of the Sunburst Threat Campaign appeared first on McAfee Blogs.

This post was first first published on Enterprise – McAfee Blogs’s website by Ismael Valenzuela. You can view it by clicking here