During a recent investigation at a telecommunications company led by Mandiant Managed Defense, our team was tasked with rapidly identifying systems that had been accessed by a threat actor using legitimate, but compromised domain credentials. This sometimes-challenging task was made simple because the customer had enabled the Logon Tracker module within their FireEye Endpoint Security product.

Logon Tracker is an Endpoint Security Innovation Architecture module designed to simplify the investigation of lateral movement within Windows enterprise environments. Logon Tracker improves the efficiency of investigating lateral movement by aggregating historical logon activity and provides a mechanism to monitor for new activity. This data is presented in a user interface designed for analyzing investigative leads (e.g., a compromised account) and hunting for suspicious activity (e.g., RDP activity by privileged accounts). Logon Tracker also provides a graph interface that enables the identification of irregular and unique logons with the option to filter on hostnames, usernames, protocol, time of day, process name, privilege level, status (success/failure), and more. 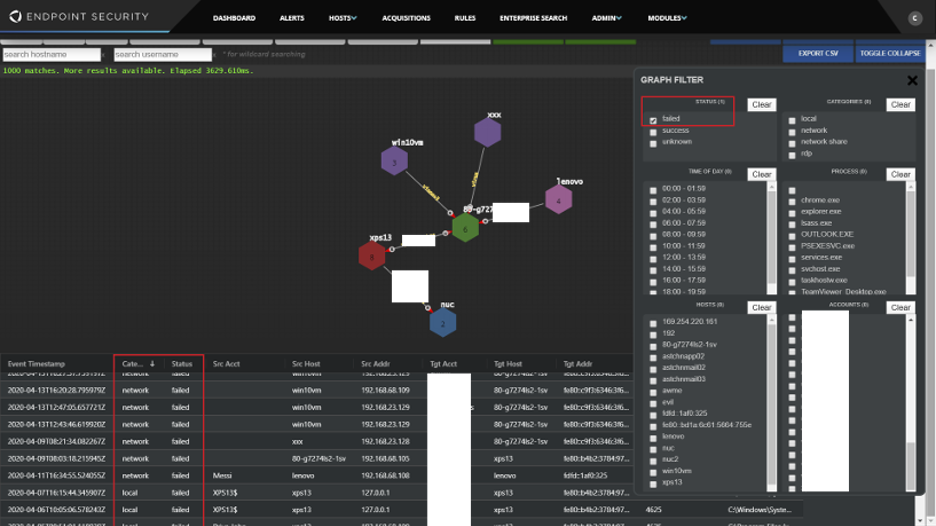 A critical component of a successful incident response is the scoping effort to identify systems that may have been accessed by the adversary. Windows Event Logs offer a commonly utilized method of identifying an adversary’s lateral movement between Windows systems. However, as with all log sources, Windows Event Logs are subject to data retention limits on endpoints, making the aggregated logon activity provided by Logon Tracker a critical source of evidence for incident response.

Managed Defense also leveraged Logon Tracker to monitor for additional suspicious logons and adversary activity throughout the incident response. Searching for logons (both failed and successful) from known compromised accounts and activity originating from compromised systems allowed our investigators to quickly determine which systems should be prioritized for analysis. Additionally, Logon Tracker provides investigators the ability to:

In mid-July, the Managed Defense Security Operations Center identified potential credential harvesting activity on a Windows server. The activity included the creation of a scheduled task configured to execute the built-in Windows utility, NTDSUTIL to take a snapshot of the active NTDS.dit file and save it locally to a text file as shown in Figure 2:

The NTDS.dit file is a database that contains Active Directory data such as user objects, group memberships, groups, and—more useful to an adversary—password hashes for all users in the domain.

Leveraging Logon Tracker and simple timeline analysis, Managed Defense quickly determined an adversary had accessed this system to create a scheduled task from a system with a hostname that did not match the naming convention used within the environment. An anonymized example of Logon Tracker data is shown in Figure 3:

Armed with the suspicious hostname and potentially compromised username, Managed Defense then used Logon Tracker’s search functionality to determine the scope of systems potentially accessed by the adversary.

The resulting investigation revealed that an Internet-facing Customer Relationship Management (CRM) application hosted on a Linux Apache web server had been compromised. Multiple web shells had been placed within web-accessible folders, allowing an adversary to execute arbitrary commands on the server. The adversary leveraged one of these web shells to install a malicious Apache module and restart Apache for the module to take effect. Mandiant has classified this module as COOKIEJAR (see the Malware Appendix at the end of the post for more details). The COOKIEJAR module enabled the adversary to proxy through the compromised server to any arbitrary IP/port pair within the customer’s internal network, see Figure 4.

Using this proxied access to the customer’s network, the adversary leveraged previously compromised domain credentials to connect to multiple Windows servers using SMB. Due to the use of the proxy to connect into the customer’s network, the hostname of the adversary’s workstation being used to conduct the attack was also passed into the logon events. This type of activity occurs due to the direct connection to the customers network and is similar to being on the same LAN. The non-standard hostname and non-standard customer naming convention used by the adversary help make scoping an easy task. Additionally, Managed Defense was able to leverage network detection to alert on the authentication attempts and activities of the adversary’s host.

During the course of the response, Mandiant identified a customized malicious Apache plugin capable of intercepting HTTP requests to an Apache HTTP server. The new malware family COOKIEJAR was created to aid in clustering and tracking this activity. The COOKIEJAR module installs a pre-connection hook that only runs if the client IP address matches a specified hardcoded adversary-controlled IP address. It listens for SSL/TLS connections on the port specified by the Apache server, using a certificate and private key loaded from /tmp/cacert.pem and /tmp/privkey.pem respectively. If the client IP address matches the hardcoded IP address (Figure 4), the backdoor accepts three commands based on the start of the URL: 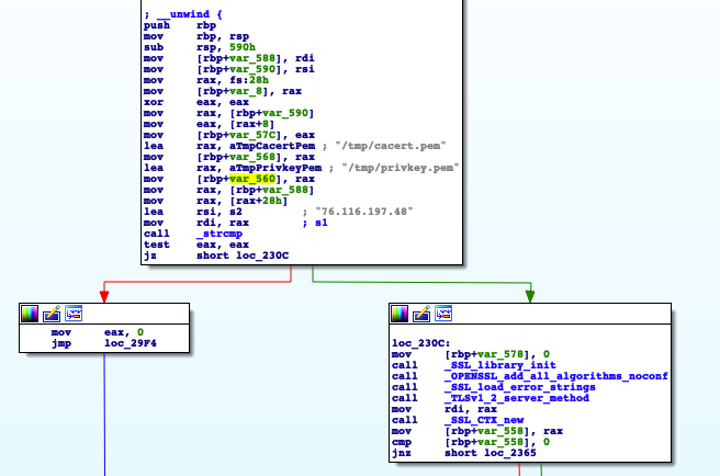 More information on FireEye Endpoint Security’s Logon Tracker Module including the module download and user manual are available in the FireEye Marketplace.

‘s website by Nick Schroeder. You can view it by clicking here