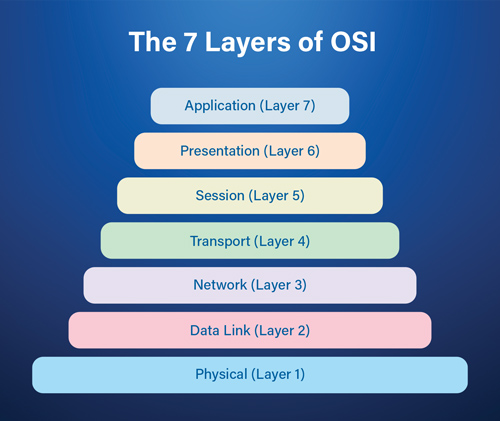 The Open System Interconnection (OSI) model defines a networking framework to implement protocols in seven layers. There is really nothing to the OSI model. In fact, it’s not even tangible. The OSI model doesn’t perform any functions in the networking process. It is a conceptual framework so we can better understand the complex interactions that are going on.

Who developed the OSI Model?

The International Standards Organization (ISO) developed the Open Systems Interconnection (OSI) model. It divides network communication into seven layers. In this model, layers 1-4 are considered the lower layers, and mostly concern themselves with moving data around. Layers 5-7, called the upper layers, and contain application-level data. Networks operate on one basic principle: “pass it on”. Each layer takes care of a very specific job, and then passes the data onto the next layer.