NetWire, an information stealing RAT that dates back multiple years, has been witnessed in the wild recently using a tactic of combining Windows shortcut link files and AutoIt scripts. These scripts pose as BitTorrent files, a protocol used for direct peer-to-peer file transfers, to entrench and execute from a victimized system. This method of entrenchment is fairly new for this family and is detailed in this post.

Recent variants now use a Windows shortcut link file to launch AutoIt scripts for entrenchment. These scripts are responsible for creating a Windows scheduled task to run an additional AutoIt script that injects the NetWire RAT into the execution memory space of AutoIt for stealing passwords from the local system and running a keylogger to collect all typed data.

At this time it’s not known the exact delivery method that placed the files in question onto the victim system, but it’s presumed to be the result of a transferred ZIP archive.

Once downloaded, the malware contains four distinct files: Other Magazines (True PDF).lnk, zDownload1.torrent, zDownload2.torrent, and zDownload3.torrent. Their respective metadata is shown below:

The Other Magazines (True PDF) link file contains a specific command line within its properties to be executed:

This command line, which is a series of commands chained together, will first copy the zDownload.torrent to the %APPDATA%Microsoft folder as AutoIt3.exe. It will then run with the argument of file zDownload3.torrent. Finally it will open a web browser to the specified URL, a generic BitTorrent search engine.

From analysis, the zDownload1.torrent file is indeed the AutoIt script language interpreter, a known-good executable file. However, it is often leveraged to execute malicious code AutoIt scripts. In this example, we can determine that zDownload3.torrent is such a script. Analysis of the script shows the following content (slightly modified for easier reading):

On first execution it will first edit the zDownload2.torrent file to add random data to the end of it, likely for the means of changing the file’s hash value. This line will look similar to:

It will then create the folder of %AppData%Microsoft and copy the zDownload2.torrent file there with the filename of the above serial number. This would create a file named similar to: C:Users<username>AppDataRoamingMicrosoft2891010069.

The script will then create a Windows Scheduled Task named “Software enc” that will start this application every six minutes to ensure it remains active.

The final script, zDownload2.torrent, contains the core functionality that is launched by this service:

The majority of this script is the containment of a large block of base64 encoded data containing the malicious code. The remainder is simply an AutoIt script to load that code into memory. Here, it uses very basic obfuscation to place the commands and data into separate chunks of an array, and then execute a set of code that’s stored in reverse order. Once in normal order, this loading code reads as one long line of multiple commands, each separated by a “+”. Cleaned up, this reads as:

Table 4: AutoIt code to decode the base64 payload and write it to memory

These four commands are responsible for first hiding the AutoIt tray icon and then injecting the code into memory. While the script contains a very large block of Base64 data, we see here with the StringMid($CJhU[1], 842) command that only the bytes starting at offset 842 are used. These are base64 decoded using the CryptStringToBinaryA API call, written into memory, and then executed.

By manually debugging AutoIt, and following the injection of code, we see the code written for execution. In total, this accounts for 131,820 bytes of shellcode. 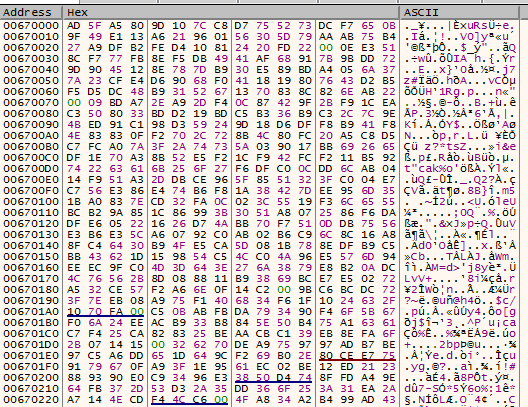 Figure 2: Decoded base64 payload after written to memory 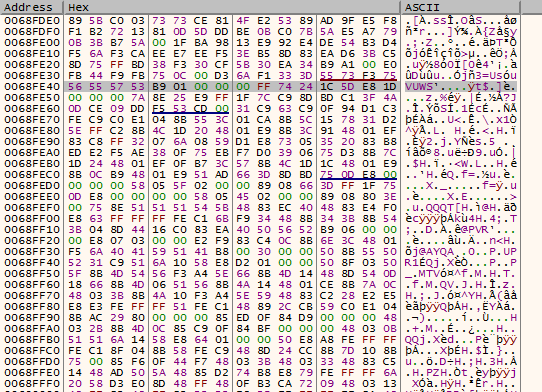 This variant of NetWire falls in-line with the many other variants previously reported upon. NetWire is an information stealer that collects a wide assortment of data from the victimized system. This includes the stored passwords from a wide variety of web browsers: Chrome, Chromium, Firefox, Opera, Brave, Comodo Dragon, and Yandex. It will also target chat applications such as Pidgin and run a keylogger that outputs encrypted logs to the %AppData%WinLocal folder, with each file named after the respective date of collection.

For example, a victim system would store encrypted keystrokes to files similar to:

Previous NetWire analysis scripts are still effective against this variant, such as the string obfuscation routine that uses the lookup key of “_BqwHaF8TkKDMfOzQASx4VuXdZibUIeylJWhj0m5o2ErLt6vGRN9sY1n3Ppc7g-C”. These strings, such as the list of domains above, are deobfuscated using this routine: 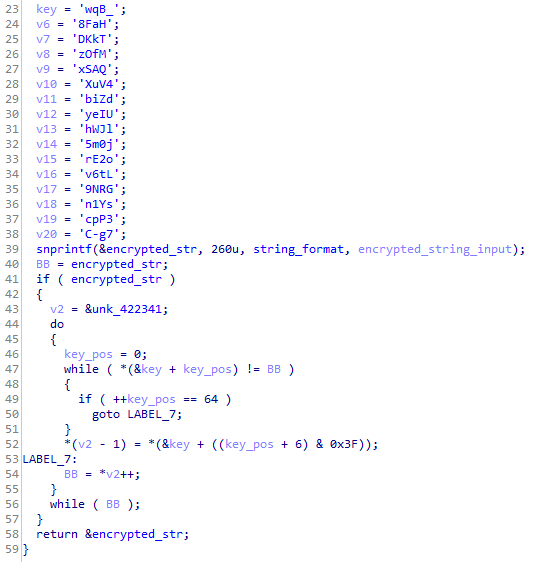