Cryptojacking attacks are not going away any time soon. Instead, they’re becoming more sophisticated – and more dangerous – by using advanced modular malware with worm capabilities as a delivery mechanism.

A complex backdoor, called Plurox, was recently discovered by MalwareHunterTeam. It has a pluggable architecture and is able to spread itself over a local network, with the help of the EternalBlue exploit, and start cryptominers downloaded from the command and control (C&C) server.

The modular technology was introduced in the nation-state-targeted cyberattacks such as APT (Advanced Persistent Threat). At every step of the cyber-kill chain (see the MITRE ATT&CK model), attackers push the new modules needed to go forward – elevating privileges, for example, to establish a foothold, perform lateral movement within a local network, hide traces, and so on. This agile approach to cyberattacks is very efficient and specific to controlled targeted attacks.

This particular version of backdoor can download a networking plugin. The UPnP module enables port forwarding on the router using the UPnP protocol for 135 (MS-RPC) and 445 (SMB) ports for the specified IP addresses. The UPnP plugin helps establish a hidden communication channel by forwarding ports on the router so the internal reconnaissance from an infected computer may look like a communication initiated by the router.

The SMB plugin spreads the infection locally via the NSA’s EternalBlue code exploit of the CVE-2017-0144 vulnerability in SMB v.1 protocol.

Finally, Plurox installs a specific variant of cryptomining malware that fits the target computer architecture – enabling the main purpose of the backdoor: cryptojacking.

What you should know about the Plurox backdoor.

Plurox can download different cryptominers suitable for the particular architecture in place.

Let’s take a closer look at some of them.

auto_miner.exe is an XMRig cryptominer built on the MinGW POSIX WinThreads for Windows library source code:

The cryptominer has embedded autoconfiguration and was supposed to be run as “svchost.exe”. However, once started, it doesn’t create a new process. 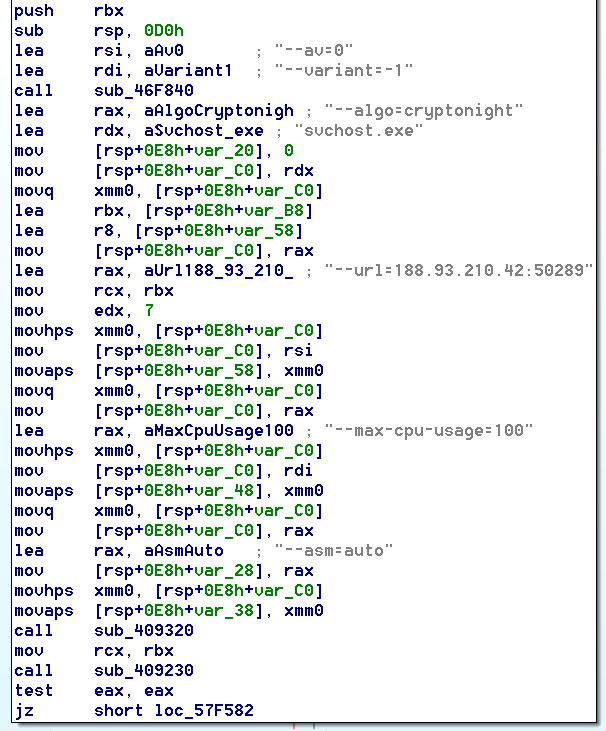 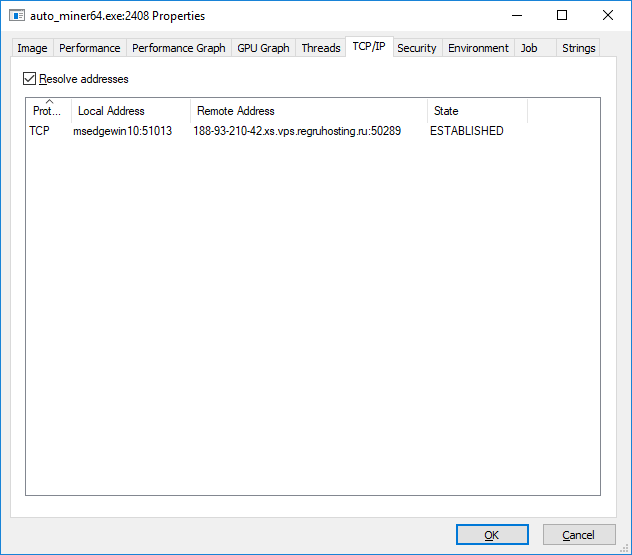 Examples of the JSON messages sent via the Stratum protocol: 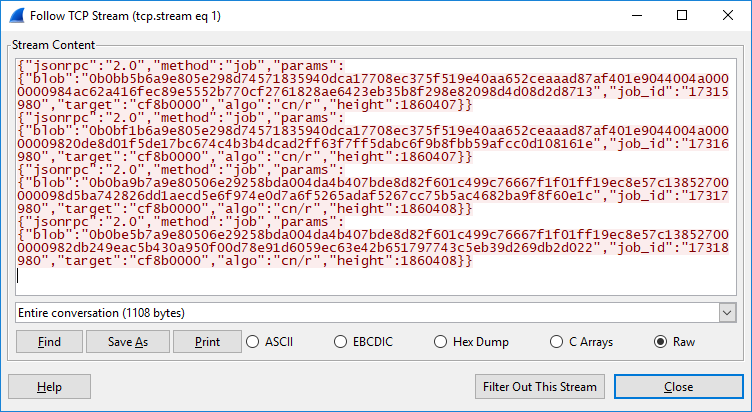 Based on the data received from the pool, the cryptominer works in the following mode:

CPU usage for cryptomining is unlimited (the limit is set to 100%). 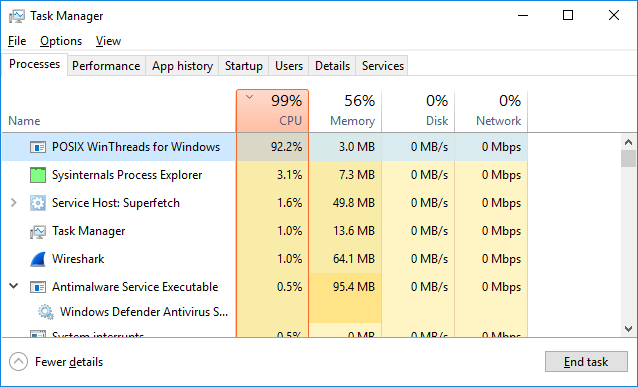 This is the same miner, but with a different mining pool address: 89.108.99.143:60323 or man-on.info:60323. The mining pool (proxy) was not responding at the time this report was written. The physical location is in the Russian Federation.

auto_opencl_amd{32,64}.exe is an implementation of the parallel computing framework OpenCL for the AMD CPU architecture.

This miner autoconfiguration looks as follows: 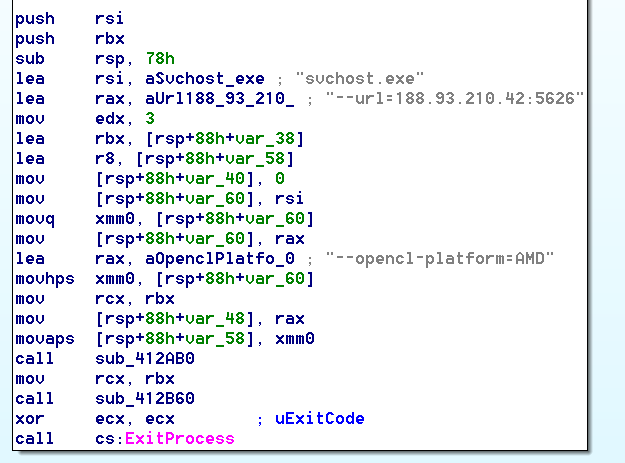 The rest of the miners (auto_gpu_intel, auto_gpu_nvidia, auto_gpu_cuda, and auto_gpu_amd) have the same functionality and mining pool addresses but are compiled for architectures with GPUs.

The cyberattack through the Plurox backdoor shows that cryptojacking is still a highly profitable activity and that it’s worth it for attackers to invest their resources in the development of the sophisticated cyber kill chain that leverages network worm capabilities to deliver cryptominers. SMB and UPnP protocols extend the attack coverage and hijack more computing resources. Moreover, the variety of targeted computing platforms enable mining in heterogeneous environments. 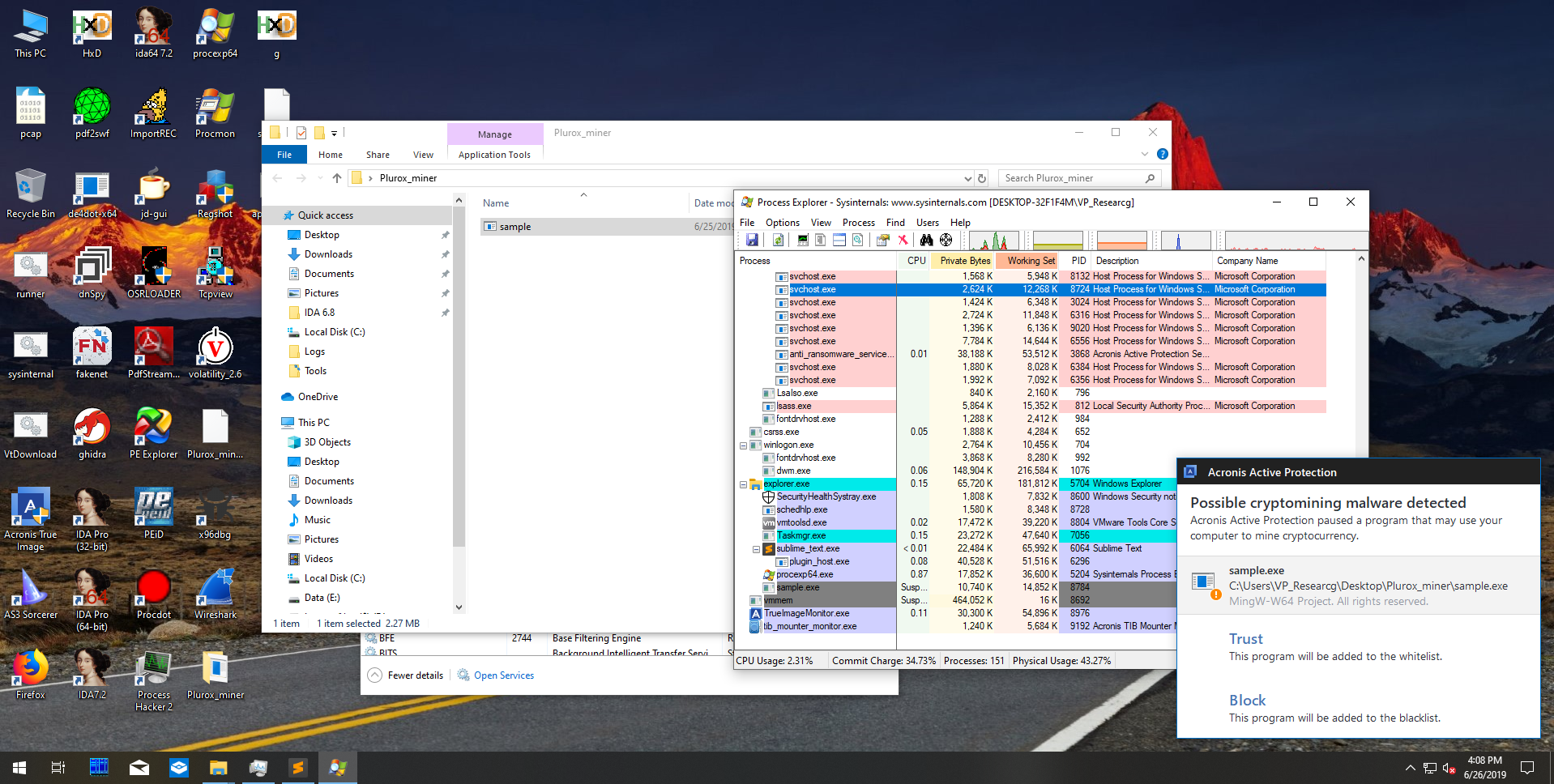 The good news is that Acronis Backup 12.5 successfully detects the cryptominers delivered by the Plurox backdoor. As a result, users of our solution are comprehensively protected.